Consuming Cannabis: Deciding whether to smoke or vape

Traditionally people consumed marijuana by smoking it or baking their own marijuana brownies or cookies. Those methods are still very popular these days, but with the commercialization of marijuana and advances in technology, options have multiplied. Now, many consumers vape cannabis. Some who use cannabis for arthritis or localized pain prefer to use a topical application, such as a lotion. Others may relax at the end of the day by consuming an edible or a steaming cup of cannabis tea, similar to how alcohol users may have a cocktail or a glass of wine.

Remember:
“Your choice of consumption method and products are personal decisions and may change with your mood or needs or the situation (the occasion, the setting, the people you’re with, and so on). Explore options you find interesting and be open to new information to make well-informed choices.” 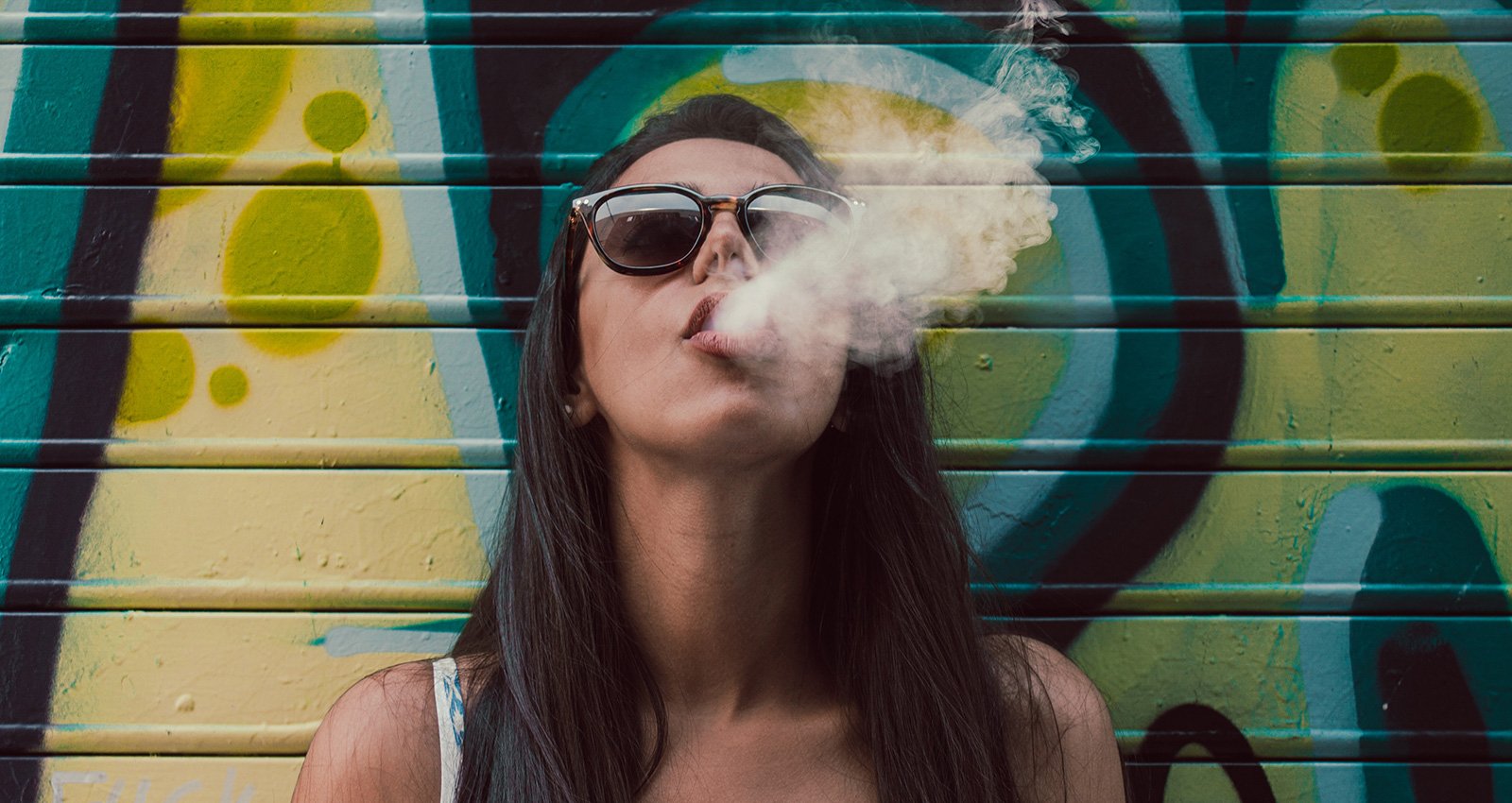 Prior to smoking cannabis, you must grind or break up the flower using your fingers, a grinder, scissors, or some other method. Breaking up the flower makes it easier to pack into the smoking receptacle and ensures a steadier burn through enhanced air flow.

Grinders vary. A one-chamber grinder has a top and bottom with teeth that shred the cannabis. A two-chamber grinder is equipped with a screen at the bottom of the top chamber that allows kief to fall through to the bottom chamber. (Kief is the resinous trichomes that contain high concentrations of cannabinoids and terpenes. Some consumers like to save it and use it as a concentrate or add it to a bowl or joint.) Ask the bud tender at your local cannabis dispensary to recommend a grinder.

Here’s how to break up your flower using your fingers and a one-chamber grinder:

After breaking up your cannabis bud, you can pack it into a variety of different smoking receptacles, such as a pipe, or use it to roll your own joints, as explained in the following sections.

Smoking with a pipe

A pipe is a traditional tool for smoking cannabis. It simply requires a bowl in which to place the product and another opening to inhale the smoke. Most pipes are similar to those used for smoking tobacco, but pipes for smoking cannabis are typically made from different materials, such as glass or metal, and they tend to have a smaller bowl. Many cannabis pipes also have an extra hole through the bowl called a carb that you can cover and release to control air flow. A pipe can be made out of almost any material as long as it’s not flammable and doesn’t emit any gasses that can harm the lungs.

Although pipes come in a variety of shapes and sizes, they’re typically broken down into the following categories:

Hand pipes (dry pipes): Small enough to fit in the palm of your hand, a hand pipe is typically made of glass and typically used by casual smokers. Hand pipes are inexpensive, portable, discreet, easy to use, and relatively easy to clean. However, due to the short distance between the bowl and the user’s mouth, the smoke tends to be hot, though pipes made of glass and metal cool the smoke to some degree.

Water pipes: Often referred to as bongs or bubblers (for smaller versions), water pipes have a chamber filled with water (or a combination of water and ice) through which the smoke passes before being inhaled. The water cools the smoke and traps any ash that happens to be drawn from the bowl, enhancing the smoking experience. However, water pipes are bulkier, so they’re not discrete, and they may be more difficult to clean.

To pack and smoke a bowl, you need some sort of heating element, such as a match, lighter, hemp wick, or anything else that’s hot enough to ignite the cannabis.

Then, take the following steps:

Remember:
Clean your pipe occasionally. If you use a water pipe, change the water daily and clean the bowl weekly. If you use a hand pipe, clean it at least once a week. You can buy pipe cleaner solution at your local dispensary. Some people use nail polish (acetone) or isopropyl alcohol and coarse salt, but we recommend using nonflammable and less potentially harmful products.

Rolling your own joints (or smoking pre-rolls)

The familiar joint resembles a cigarette and can be personally rolled or purchased as a pre-rolled product in many dispensaries. Pre-rolled joints are also referred to as cones because of their shape and the fact that many companies purchase the paper pre-formed into cones that can be easily filled. When a joint is rolled in cigar paper made from tobacco plants, it’s called a blunt. When the joint is filled with a mix of tobacco (typically five to ten percent) and cannabis, it’s called a spliff.

To roll your own joint, take the following steps:

No doubt, you’re familiar with the concept of vaping as an alternative to smoking cigarettes, but vaping has also become a popular method for consuming cannabis. Vaping cannabis offers several benefits, including the following:

Vaping can be portable and discreet. Pens and other small vaporizers are easy to carry and use without attracting a lot of attention. In addition, because plant matter is not being combusted, you don’t have the lingering smell of smoke.

Vapor is smoother than smoke. With many vaporizers, you can control the temperature, so you don’t feel a burning sensation in your throat or lungs as is common with smoking.

Vaping is convenient. You load the oil or oil cartridge and press a button to produce the vapor. You don’t have to grind or load cannabis or light anything. With some vaporizers, you don’t even have to press a button; the heating element is activated when you begin to puff.

Your lungs will thank you. Vapor is gentler than smoke on the lungs and doesn’t contain the toxins and tar contained in smoke from combusted plant material.

Like smoking, the effect is nearly immediate. You don’t have to wait to feel the effect of the cannabis as you do with edibles.

Vaping is efficient. Vape oil and equipment convert more than 45 percent of the available THC from dry plant matter, whereas combustion methods (smoking) yield only about 25 percent.

You have more control over dosing. With consistent vape oil and a high-quality vaporizer, you can more accurately estimate the amount of THC, CBD, and other ingredients you’re ingesting.